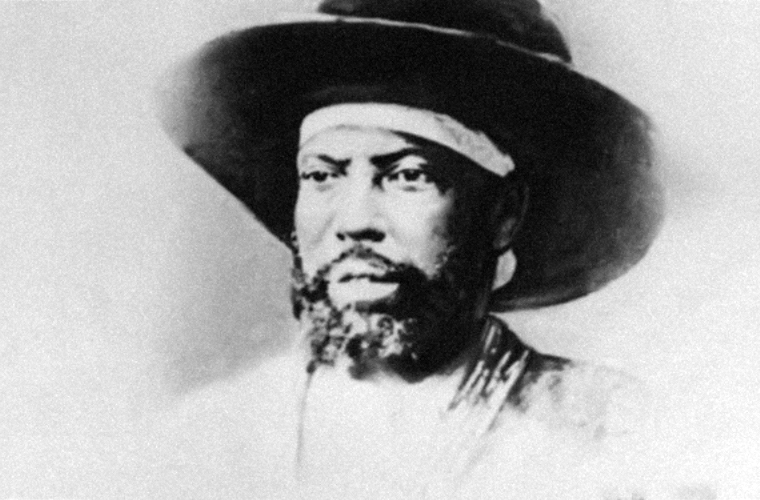 Menilek’s father was Haile Malakot, later Negus (king) of Shewa. His mother was a court servant who married Haile Malakot shortly after Sahle Miriam was born. His forefathers had been rulers of Menz, the heartland of Shewa, since the 17th century, and it has been claimed that further back they were related to the Solomonid line of emperors who ruled Ethiopia between 1268 and 1854 (alternate dates 1270–1855). The crown name Menilek II was significant: Menilek I was the legendary son of Solomon and the Queen of Sheba (Makeda).

In 1855 the vigorous emperor of Ethiopia, Tewodros II, invaded the then semi-independent kingdom of Shewa. Early in the subsequent campaigns, Haile Malakot died, and Sahle Miriam was captured and taken to the emperor’s mountain stronghold, Amba Magdela. In nearly 10 years of captivity, he had the opportunity to observe Tewodros’ dedication to the unification and modernization of the empire and also the heavy-handed and often violent methods that ultimately led to the emperor’s failure and suicide.

King Of Shewa
Sahle Miriam contrived to escape from Magdela in 1865 and returned to Shewa, which had remained in a state of sporadic unrest and revolt against Tewodros. Although only 21 years of age, he was able to displace Bezebeh, who had been appointed ruler by the emperor in 1859 and subsequently declared himself negus of the province. Sahle Miriam stood six feet tall and had a dark complexion and fine white teeth, but smallpox had left its marks on his face. As a diplomat, he made a great impression on the foreign emissaries who visited his court. With their help, he imported firearms, the better to equip his armies and the garrisons and settlers that came in their wake.

On the death of Tewodros in 1868, Sahle Miriam, as negus of Shewa, aspired to the position of emperor. But he was not the only claimant and had to submit first to Tekle Giorgis (1868–72) and Yohannes IV (1872–89). Before Yohannes died fighting the Sudanese in 1889, he obliged Sahle Miriam to direct his ambitions mainly to the south and east. Sahle Miriam subsequently incorporated Arusi, Harer (Harar), Jima, Kefa (Kaffa), and the several kingdoms and states of southern Ethiopia within his domains. By the time of Yohannes’ death, Sahle Miriam had emerged as the strongest man in Ethiopia and was able to assume the imperial crown for which he had waited so long.

During the period of his rivalry with Emperor Yohannes IV and the latter’s son, Mengesha, Menilek appeared to befriend the Italians, but a quarrel later developed. The Italians interpreted Article XVII of the Treaty of Wichale (Uccialli), concluded in 1889 by the Italians and Menilek, as giving Italy a protectorate over Ethiopia. It is quite inconceivable that Menilek would have agreed to his historic country becoming a protectorate. When he learned of the Italian interpretation, which was gaining some acceptance in Europe, he at once denied it and, in 1893, renounced the whole treaty.

Defeat Of Italy At Adwa
The Italians had established themselves along the Red Sea coast, and the governor of the Italian colony of Eritrea, after much intrigue and several minor military skirmishes, risked a major confrontation. The Italian army was defeated by the Ethiopians in one of the greatest battles in the history of Africa—the Battle of Adwa, on March 1, 1896. A settlement after the battle canceled the Treaty of Wichale and acknowledged the full sovereignty and independence of Ethiopia, but the Italians were allowed to retain Eritrea.

After Adwa, Menilek’s Ethiopia was at once accepted by the European powers as a real political force. The crushing defeat of a European army greatly enhanced Menilek’s international reputation, causing a host of foreign advisers, ambassadors, emissaries, and adventurers to flow into the country.

Menilek’s later activities as emperor included the creation of ministries, the initiation of modern education, and the construction of telephone and telegraph systems and of a railway from Djibouti, on the Gulf of Aden, to Addis Ababa, the emperor’s new capital in the highlands of Shewa. Beginning in 1906 or 1907, Menilek suffered a series of paralytic strokes, and power passed to his wife, Empress Taitu, to Ras Tesemma, who became regent, and to Lij Iyasu, the grandson who was to succeed him. The stricken emperor finally died in 1913.