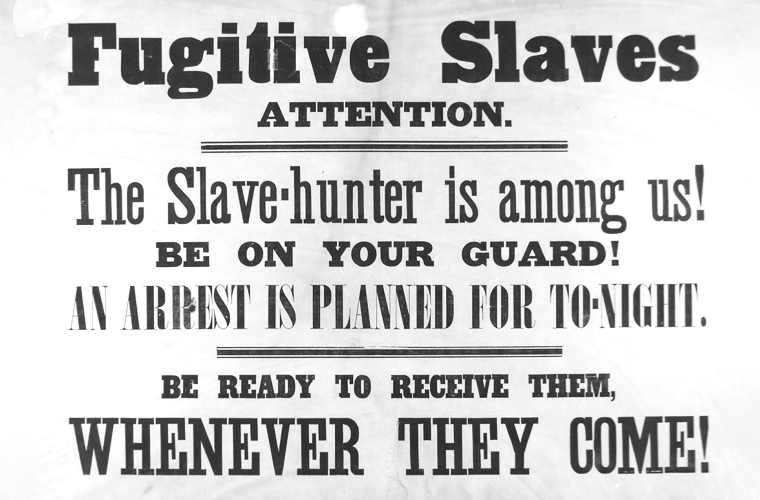 Fugitive Slave Acts, in U.S. history, statutes passed by Congress in 1793 and 1850 (and repealed in 1864) that provided for the seizure and return of runaway slaves who escaped from one state into another or into a federal territory. The 1793 law enforced Article IV, Section 2, of the U.S. Constitution in authorizing any federal district judge or circuit court judge, or any state magistrate, to decide finally and without a jury trial the status of an alleged fugitive slave.

The measure met with strong opposition in the Northern states, some of which enacted personal-liberty laws to hamper the execution of the federal law; these laws provided that fugitives who appealed from an original decision against them were entitled to a jury trial. As early as 1810 individual dissatisfaction with the law of 1793 had taken the form of systematic assistance rendered to black slaves escaping from the South to New England or Canada—via the Underground Railroad.

The demand from the South for more effective legislation resulted in the enactment of a second Fugitive Slave Act in 1850. Under this law fugitives could not testify on their own behalf, nor were they permitted a trial by jury. Heavy penalties were imposed upon federal marshals who refused to enforce the law or from whom a fugitive escaped; penalties were also imposed on individuals who helped slaves to escape. Finally, under the 1850 act, special commissioners were to have concurrent jurisdiction with the U.S. courts in enforcing the law. The severity of the 1850 measure led to abuses and defeated its purpose. The number of abolitionists increased, the operations of the Underground Railroad became more efficient, and new personal-liberty laws were enacted in many Northern states. These state laws were among the grievances officially referred to by South Carolina in December 1860 as justification for its secession from the Union. Attempts to carry into effect the law of 1850 aroused much bitterness and probably had as much to do with inciting sectional hostility as did the controversy over slavery in the territories.

For some time during the American Civil War, the Fugitive Slave Acts were considered to still hold in the case of blacks fleeing from masters in border states that were loyal to the Union government. It was not until June 28, 1864, that the acts were repealed.