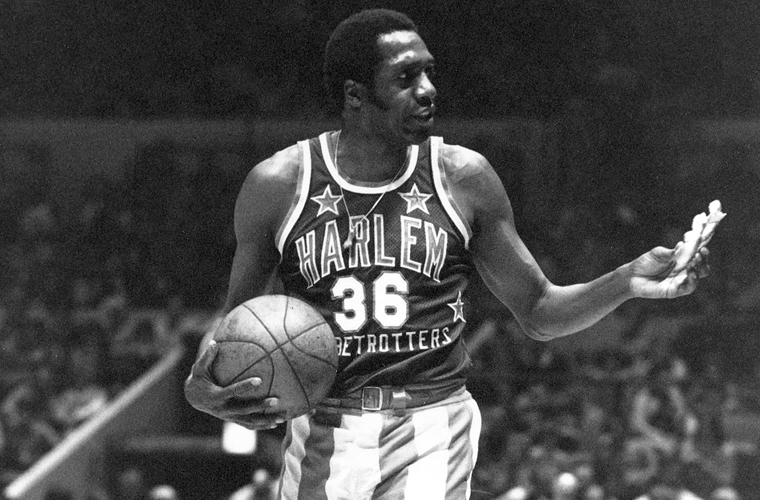 The team was organized in Chicago in 1926 as the all-black Savoy Big Five. Sports promoter Abe Saperstein acquired the team soon after and owned it until his death in 1966. In January 1927 the team debuted in Hinckley, Ill., under the name New York Globetrotters. The name was changed in 1930 to Harlem Globetrotters to capitalize on the cultural notoriety of one of New York’s African American neighborhoods. The barnstorming team amassed an impressive record over the next decade and in 1939 participated in the first professional basketball championship, losing to the Harlem Rens in the final game. The next year the Globetrotters won the tournament.

It was about this time that they first experimented with adding comedy to their games. Inman Jackson was the first to assume the role of “clown prince” on the team. As the National Basketball Association became racially integrated in the 1950s, the opportunities for competitive games on the barnstorming circuit dried up. As a result, the team made comedic entertainment its central focus. Some outstanding Globetrotters were Reece “Goose” Tatum, Marques Haynes, Clarence Wilson, “Meadowlark” Lemon, Wilt “the Stilt” Chamberlain, Herb “Geese” Ausbie, and Lynette Woodard, the first woman to play for the team.

Mannie Jackson, a former player, purchased the team in 1993. In 2000 the team returned to competitive play with a series of exhibition games against top collegiate teams. In 2002 the team was enshrined in the Naismith Memorial Basketball Hall of Fame.