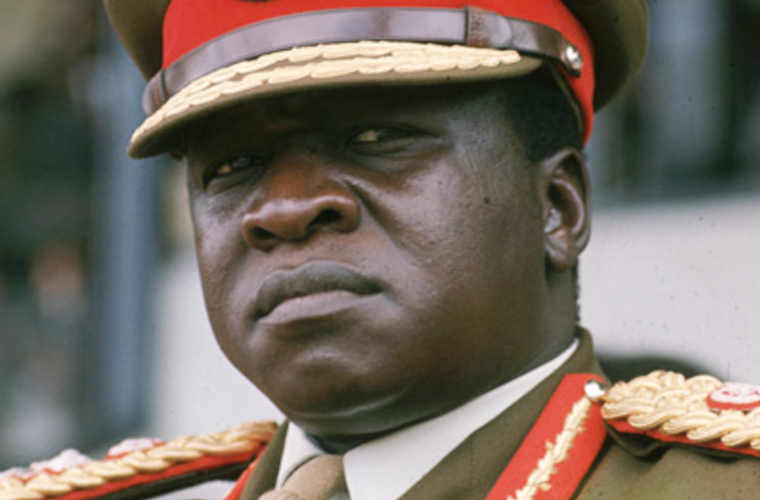 A member of the small Kakwa ethnic group of northwestern Uganda, Amin had little formal education and joined the King’s African Rifles of the British colonial army in 1946 as an assistant cook. (Although he claimed to have fought in Burma Myanmar during World War II 1939–45, his military records show that his service began in 1946.) He quickly rose through the ranks, and he served in the British action against the Mau Mau revolt in Kenya (1952–56). Amin was one of the few Ugandan soldiers elevated to officer rank before Ugandan independence in 1962, and he became closely associated with the new nation’s prime minister and president, Milton Obote. He was made chief of the army and air force (1966–70). Conflict with Obote arose, however, and on January 25, 1971, Amin staged a successful military coup. He became president and chief of the armed forces in 1971, field marshal in 1975, and life president in 1976.

Amin ruled directly, shunning the delegation of power. He was noted for his abrupt changes of mood, from buffoonery to shrewdness, from gentleness to tyranny. He was often extreme in his nationalism. He expelled all Asians from Uganda in 1972, an action that led to the breakdown of Uganda’s economy, and he publicly insulted Great Britain and the United States as well as numerous world leaders. A Muslim, he reversed Uganda’s amicable relations with Israel and befriended Libya and the Palestinians; in July 1976 he was personally involved in the hijacking of a French airliner to Entebbe (see Entebbe raid). He also took tribalism, a long-standing problem in Uganda, to its extreme by allegedly ordering the persecution of Acholi, Lango, and other ethnic groups. Amin came to be known as the “Butcher of Uganda” for his brutality, and it is believed that some 300,000 people were killed and countless others tortured during his presidency.