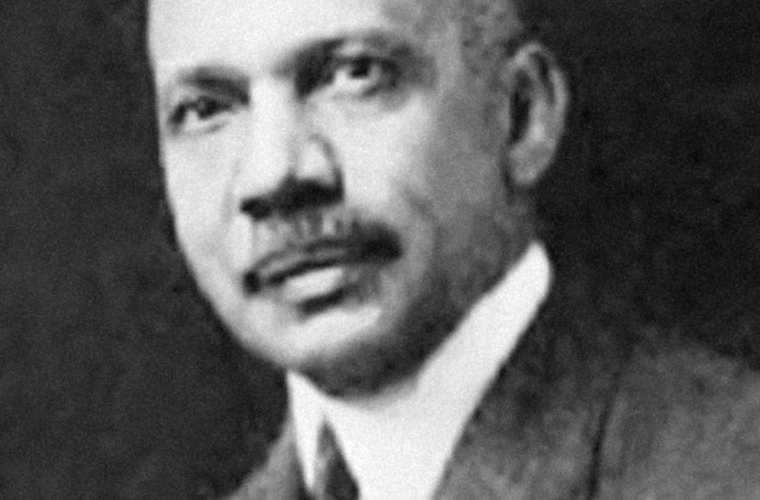 Jesse Binga’s rise from relative poverty to become the wealthiest African American entrepreneur and banker in Chicago in the late 19th century earned him a national reputation. Binga was born on April 10, 1865, in Detroit to William W. Binga, a barber, and native of Ontario, Canada, and Adelphia Lewis Binga, the owner of extensive property in Rochester and Detroit. He dropped out of high school and at first collected rents on his mother’s property in Detroit. He later moved to Seattle and Tacoma, Washington and then Oakland, California, working as a barber in each city. Binga also worked as a Pullman porter and during that time acquired property in Pocatello, Idaho which he profitably sold.

Binga finally settled in Chicago in 1893. His first real estate ventures were relatively modest. He began by purchasing run-down buildings, repairing, and renting them. By 1908 Binga had built up enough wealth that he was able to establish a private bank. Binga also married Eudora Johnson who provided him with additional assets and considerable social prestige. As the African American population of Chicago began to grow in the first two decades of the 20th Century Binga opened the Binga State Bank in 1921 with deposits of over $200,000. Within three years the bank had deposits of over $1.3 million. Binga, now the owner of a number of South Side Chicago properties was also a leading philanthropist.

The Binga State Bank provided Chicago’s African American community with an option other than relying on the large white-owned banks, which often discriminated and with predatory lenders who often entrapped working-class black residents who wanted to purchase homes or establish businesses. The bank also employed a number of African Americans in rare, well-compensated white-collar occupations and created a sense of pride and achievement in African American community business ventures.

In 1929 Jesse Binga opened the Arcade Building, a five-story office building which was resplendent with a richly decorated interior. Built at the corner of 35th and South State Streets, just north of Chicago’s existing black business district, the Arcade signaled Binga’s impressive entrepreneurial achievements and solidified his place among Chicago’s African American elite.

However, as a successful entrepreneur, Binga chose to move his family into a previously all-white neighborhood. With this move, he and his family became a target of terrorists who opposed his residence outside the African American district. His home was bombed five times in 1919 in an attempt to get him and his family to leave the neighborhood.

Binga faced other challenges with the beginning of the Great Depression. In 1930 the Binga State Bank was closed. In 1933, Binga was convicted of embezzlement $22,000 from bank funds and was sentenced to ten years in prison. Binga was released after three years thanks to petitions from his supporters in Chicago, including prominent attorney Clarence Darrow and religious leader, George Griffing. After his release, Binga spent the rest of his life working as a handyman and usher at Saint Anselm’s Catholic Church.