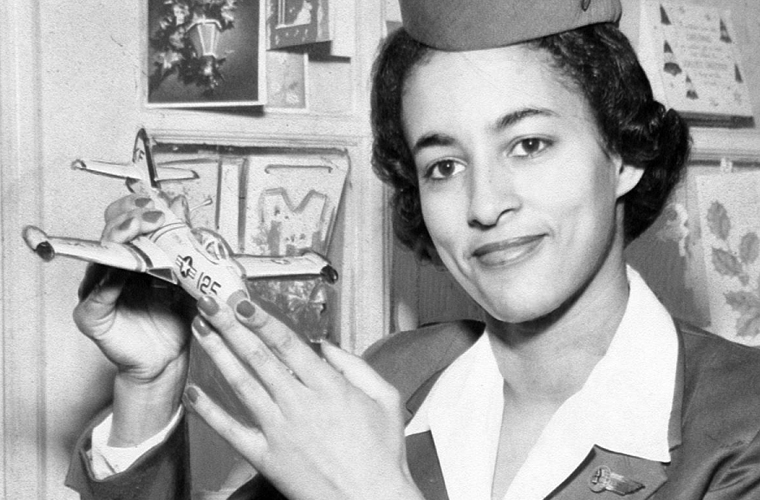 Ruth Carol Taylor became the first African American airline flight attendant in the United States when she joined Mohawk Airlines in 1958. While she is most commonly known for her achievement in the airline industry, she spent much of her career as an activist for minority and women’s rights.

Taylor was born in Boston, Massachusetts on December 27, 1931, to Ruth Irene Powell Taylor, a nurse, and William Edison Taylor, a barber. When Ruth was young, her family moved to a farm in upstate New York. She attended Elmira College in New York and in 1955 graduated from the Bellevue School of Nursing in New York City as a registered nurse. After working for several years as a nurse, Taylor decided to break the color barrier that existed in the career of airline stewardesses.

In a 1997 Jet interview, Taylor admitted that she had no long-term career aspirations as a flight attendant but merely wanted to break the color barrier. Six months after making aviation history, Taylor married Rex Legall and was forced to resign from Mohawk due to restrictions that flight attendants remain single. The couple lived in the British West Indies and then London, UK but divorced shortly after the birth of their daughter. Taylor moved to Barbados, where she founded the country’s first professional nursing journal and became active in civil rights. A son was born there in 1969.

Taylor returned to New York in 1977 to resume work as a nurse and co-founded the Institute for Inter-Racial Harmony, which developed a test to measure racist attitudes known as the Racism Quotient. In 1985 Taylor wrote The Little Black Book: Black Male Survival in America, a survival guide to help young black men succeed in a racist society.

In 2008, fifty years after her historic flight that broke the color barrier for airline attendants, Taylor’s accomplishment was formally recognized by the New York State Assembly. Now using the name Carol Taylor, the activist lives in Brooklyn, New York.