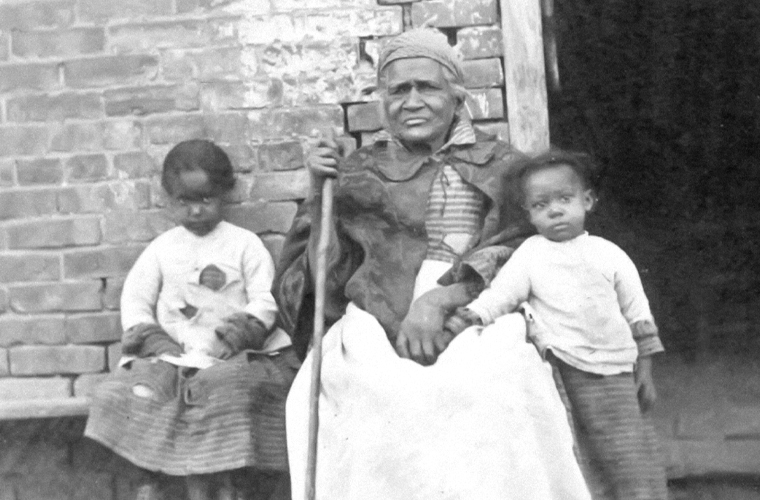 Most visitors who tour the Hermitage outside Nashville, Tennessee come to the historic site because it is the home of Andrew Jackson, the seventh president of the United States.  Hermitage Archaeology Director Kevin Bartoy reminds us, however, that the plantation was also home to over 200 enslaved people.  Since those slaves left no written records ongoing archaeological surveys allow a glimpse into the lives they led at Tennessee’s most famous plantation.

Established in 1804, The Hermitage is a 1,120-acre National Historic Landmark located just east of Nashville, Tennessee. Known as the “Home of President Andrew Jackson,” this historic cotton plantation was also home to over 200 enslaved men, women, and children, whose histories have been largely recovered through archaeological research conducted on the property over the past 40 years. In addition to the Hermitage mansion, the property includes a kitchen, smokehouse, and three log slave cabins that date to Jackson’s occupation of the property from 1804 to his death in 1845. An additional ten slave dwellings have been discovered through archaeological excavation. The nearly 800,000 artifacts recovered on the property represent one of the single largest archaeological collections from an enslaved community anywhere in the New World.

The Hermitage was the setting for one of the earliest archaeological explorations of the enslaved experience in the United States. Findings from these excavations have allowed an unprecedented window to the lives of enslaved who also called The Hermitage “home.” Flints and gun parts revealed that the enslaved kept firearms and were able to augment their standard rations of corn and cured pork with animals that they hunted around the property. Bones from numerous wild animals have been recovered in trash deposits near the homes of the enslaved. Burned seeds and charcoal provide evidence for the enslaved keeping their own gardens as well as foraging wild species from nearby forested lands.

These findings demonstrate that the enslaved did not passively accept a meager existence, but, instead, forged rich lives for themselves in spite of their bondage. Yet, it was not through subsistence alone that the enslaved were able to covertly lead more fulfilling lives than allotted them by the laws of an unjust society. Writing slates, slate pencils, and eyeglasses suggest that some of the enslaved may have been literate despite the legal restrictions against their education. Blue beads, pierced coins, and marbles with incised “crosses” also demonstrate a significant spiritual dimension to the lives of the enslaved. In the societies of the west and central Africa from which their ancestors were violently taken away, blue beads were considered to have spiritual or monetary value and were often included in a dowry. Pierced silver coins worn around the neck, wrist, or ankle were thought to bring luck to the wearer. “Crosses” incised on marbles or fragments of pottery have been shown to be emblematic of the traditional Bakongo cosmogram of west-central Africa, which connected the world of the living to that of the spirit world.

Unremarked upon by Andrew Jackson or visitors to The Hermitage during Jackson’s time, the lives forged by the enslaved derived from cultural traditions of their African ancestors, but became uniquely “African American” on the landscape of this plantation. As in many enslaved communities throughout the American South, people belonging to unique African cultures and kingdoms, speaking unique African languages, and practicing unique African belief systems were forcibly brought together as enslaved laborers. But, these individuals exhibited personal choice and resilience in building new cultures, belief systems, and communities based in their shared heritage, experience, and status.

Although the enslaved community of The Hermitage left behind few written records of their experience, their lives can be read in remains left in the ground. Pieces of other people’s garbage seldom “speak” in the dramatic fashion of a diary or letter, but, for those who left no written record, these few objects allow archaeologists to interpret some aspects of their complex lives. As with all histories, written and archaeological, “facts” are few and incomplete, and we must develop interpretations to understand past events. Emblematic of the limits of our understanding, three artifacts recovered at The Hermitage have also become emblems of Hermitage archaeology as a whole. Called “fist charms” by the initial Hermitage archaeologists who discovered the first of these artifacts in the 1970s, these small stamped brass objects were initially used as hook-and-eye closures for clothing. Yet, the symbolism of a clenched fist may have given these simple artifacts yet another life. Three of these artifacts have been recovered at The Hermitage, two more have been discovered elsewhere in Tennessee, one has been found at Thomas Jefferson’s Poplar Forest in Virginia, and three have been uncovered in Maryland.

In trying to interpret the meaning of these objects, archaeologists first looked towards a spiritual significance for the finds. Early arguments suggested that these objects may be related to the “hand of Fatima” and possibly to the Islamic beliefs brought with their ancestors in the Slave Trade. Others argued that these objects were related to figas or Milagros found in Latin American cultures and thought to convey good luck upon the wearer. Still, others argued that the objects may form the “cross” of the Bakongo cosmogram and thus show continuity with an African belief system. While each argument was plausible, without further evidence, it was impossible to give greater weight to any of them.

With these previous interpretations in mind, I have looked to find more evidence in the context of these finds to provide a stronger argument. The two identical “fist charms” that were found at The Hermitage, which are identical to the others found throughout the Upper South and Middle Atlantic, have a decorative element attaching the wrists of the fist to the edge of the charm. This element appears to be a stylized chain. Thus, this is not just a clenched fist, but it is a clenched fist that is also shackled. Given the size of the artifact, which is too small to be noticed without knowing what you are looking at, and that these have only been recovered in enslaved spaces in states that border the line between slave and free, it may be argued that these objects were active signaling devices being worn by the enslaved to communicate to like-minded people as to their beliefs in a resistance movement or abolitionist ideas.

These objects provide evidence of the rich lives forged by the enslaved at The Hermitage. These objects also demonstrate the difficulty in trying to write the histories of those who were not thought worthy of mention in the historical record. Since 1889, The Hermitage has been exhibited as the “Home of President Andrew Jackson.” But, through archaeological research, over 160,000 visitors every year are beginning to understand that this place was also home to hundreds of other people, who, through their material remains to shout “I, too, am America.”