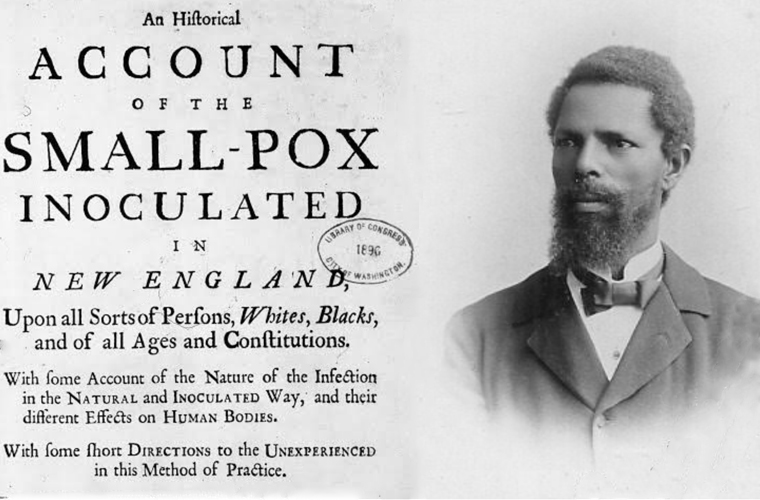 They had every reason to fear. The virus was extremely contagious and was spreading like wildfire in large epidemics. Smallpox patients experienced fever, fatigue and a crusty rash that could leave disfiguring scars on the body. In up to 30 percent of cases, the virus killed its victims.

The smallpox epidemic of 1721 was different from any that came before it. The sickness swept through the city affecting hundreds. This was a period before modern medical treatment or a robust understanding of the infectious disease.

An enslaved man known only as Onesimus suggested a potential way to keep people from getting sick. Fascinated by Onesimus’ idea, a brave doctor and an outspoken minister carried out a bold experiment to try to stop the deadly smallpox.

The European colonialists saw effects of smallpox not just among their own countrymen, but among the Native Americans to whom they introduced the disease. Smallpox destroyed Native American communities.

Onesimus, who “is a pretty intelligent fellow,” Cotton Mather later wrote, told him he had had smallpox—and then later didn’t. Onesimus told Cotton that he “had undergone an operation, which had given him something of the smallpox and would forever preserve him from it…and whoever had the courage to use it was forever free of the fear of contagion.”

Cotton Mather was fascinated at the efficacy of Onesimus’s remedy. He soon verified Onesimus’ story with that of other African slaves and also learned that the practice had been used in Turkey and China. He then became an evangelist for inoculation which was also known as variolation, and then spread the good news throughout Massachusetts and other places, hoping it would help prevent the deadly smallpox.

But in 1721, Mather and Zabdiel Boylston got their chance to test the power of inoculation. Bolyston was the only physician in Boston who supported the technique.