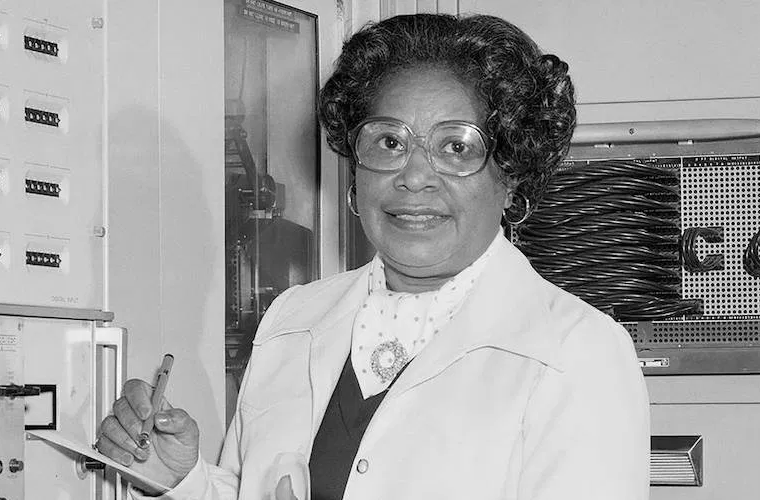 In an era when NASA is led by an African American man (Administrator Charles Bolden) and a woman (Deputy Administrator Dava Newman), and when recent NASA Center Directors come from a variety of backgrounds, it’s easy to overlook the people who paved the way for the agency’s current robust and diverse workforce and leadership. Those who speak of NASA’s pioneers rarely mention the name Dorothy Vaughan, but as the head of the National Advisory Committee for Aeronautics (NACA’s) segregated West Area Computing Unit from 1949 until 1958, Vaughan was both a respected mathematician and NASA’s first African-American manager.

Dorothy Vaughan came to the Langley Memorial Aeronautical Laboratory in 1943, during the height of World War II, leaving her position as the math teacher at Robert Russa Moton High School in Farmville, VA to take what she believed would be a temporary war job. Two years after President Roosevelt signed Executive Order 8802 into law, prohibiting racial, religious, and ethnic discrimination in the country’s defense industry, the Laboratory began hiring black women to meet the skyrocketing demand for processing aeronautical research data. Urgency and twenty-four-hour shifts prevailed– as did Jim Crow laws which required newly-hired “colored” mathematicians to work separately from their white female counterparts. Dorothy Vaughan was assigned to the segregated “West Area Computing” unit, an all-black group of female mathematicians, who were originally required to use separate dining and bathroom facilities. Over time, both individually and as a group, the West Computers distinguished themselves with contributions to virtually every area of research at Langley.

The group’s original section heads (first Margery Hannah, then Blanche Sponsler) were white. In 1949, Dorothy Vaughan was promoted to lead the group, making her the NACA’s first black supervisor, and one of the NACA’s few female supervisors. The Section Head title gave Dorothy rare Laboratory-wide visibility, and she collaborated with other well-known (white) computers like Vera Huckel and Sara Bullock on projects such as compiling a handbook for algebraic methods for calculating machines. Vaughan was a steadfast advocate for the women of West Computing and even intervened on behalf of white computers in other groups who deserved promotions or pay raises. Engineers valued her recommendations as to the best “girls” for a particular project, and for challenging assignments they often requested that she personally handle the work.

Dorothy Vaughan helmed West Computing for nearly a decade. In 1958, when the NACA made the transition to NASA, segregated facilities, including the West Computing office, were abolished. Dorothy Vaughan and many of the former West Computers joined the new Analysis and Computation Division (ACD), a racially and gender-integrated group on the frontier of electronic computing. Dorothy Vaughan became an expert FORTRAN programmer, and she also contributed to the Scout Launch Vehicle Program.

Dorothy Vaughan retired from NASA in 1971. She sought, but never received, another management position at Langley. Her legacy lives on in the successful careers of notable West Computing alumni, including Mary Jackson, Katherine Johnson, Eunice Smith, and Kathryn Peddrew, and the achievements of second-generation mathematicians and engineers such as Dr. Christine Darden.