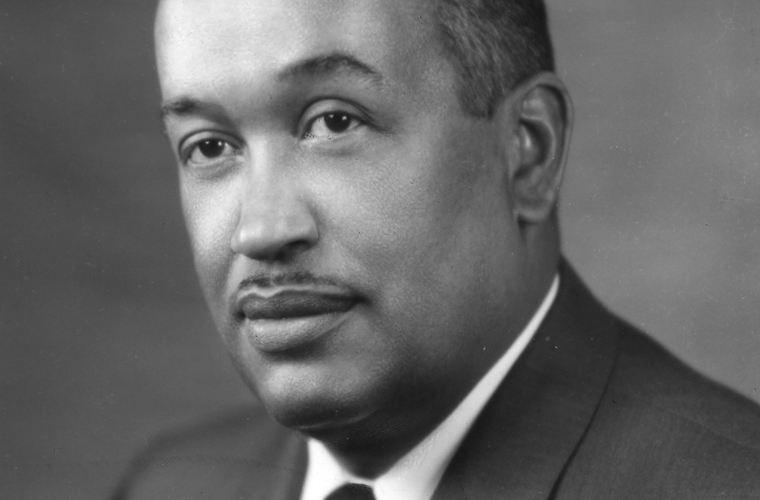 Known for discovering the Alpha Helix, a common protein structure, Dr. Herman Branson was a pioneer in biophysics. Born on August 14, 1914, in Pocahontas, Virginia, not much is known about his early life. After primary and elementary education, Branson attended Virginia College (now Virginia State University). After receiving a Bachelor of Science degree in 1936, Branson enrolled in the University of Cincinnati where he studied physics. In 1939, he received a Ph.D. and started a career in academia.

During his tenure in the academy, Herman Branson held several leadership positions. From 1942 to 1943 he served as an Assistant Professor of Physics and Chemistry at Howard University. Simultaneously, Branson also served as the Director of the Experimental Science and Mathematics Technology (ESMWT) Program in Physics. In 1944, Dr. Branson became a tenured professor of Physics and was named Chairman of the Physics Department of Howard University. He would serve, nearly uninterrupted, in this capacity from 1941 to 1968.

In 1948, Branson took leave from Howard to enter into a partnership with Linus Pauling at the California Institute of Technology. Here, Branson focused on the structure of proteins. His process used mathematics to determine possible helical structures that would fit the x-ray data, as well as chemical restrictions that had been outlined by Pauling. After several months of study, Branson narrowed down the possible structures of two helices. The two coils were named Alpha and Gamma. Linus Pauling initially dismissed Branson’s work, saying that the shape of Branson’s coil was impossible. Later, However, Pauling published the data in his own name, giving Herman Branson minor credit for his original research. In the initial press release from Caltech University, announcing the discovery of the Alpha Helix, Herman Branson’s name is excluded. When Linus Pauling received a Nobel Prize for his contribution to Chemistry in 1954, Branson was not credited for his contribution.

After working with Linus Pauling, Herman Branson returned to his position at Howard University as a full professor of Physics and Chairman of the Physics Department. He stayed at Howard University for 27 years, teaching and directing. In 1968, he served briefly as the President of Central State University in Ohio. In 1970, Branson assumed the position of President at Lincoln University of Pennsylvania where he served until his retirement in 1985. Dr. Branson continued to research and published more than one hundred articles in his lifetime. Topics included, physics, biology, science education, and the importance of Historically Black Colleges and Universities (HBCUs).

Dr. Branson’s personal pursuits were supplemented by his advocacy for higher education. In 1969, he became one of the founders of the National Association for Equal Opportunity in Higher Education. The following year, he led a group of educators to the White House to speak to President Richard Nixon about the growing disparity in financing for higher education. Within six months the Nixon Administration had announced plans to raise Federal aid to HBCUs by some $30 million.

Herman Branson spent the remainder of his life in Silver Spring, Maryland, surrounded by his wife, children, and grandchildren. When he passed away on June 7, 1995, at the age of 80, he left behind a legacy of science, activism, and tolerance.