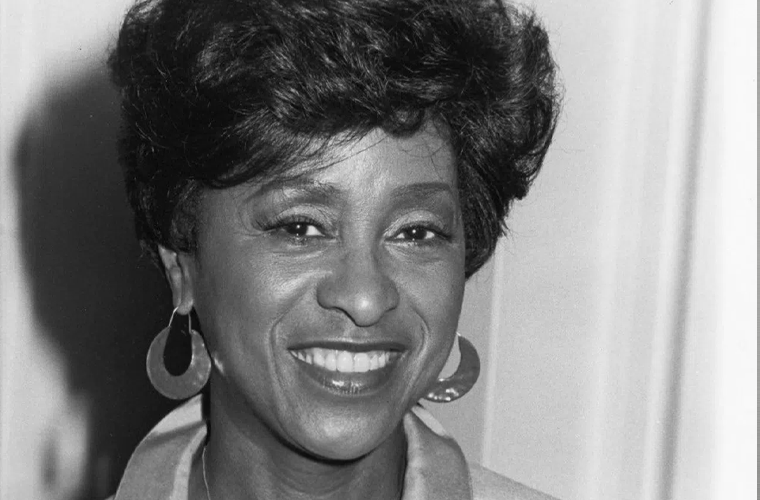 Actress Marla Gibbs was born on June 14, 1931, to Douglas Bradley and Ophelia Kemp in Chicago, Illinois. After graduating from Wendell Phillips High School in 1949, Gibbs attended secretarial school and went to work at Service Bindery in Chicago. She then was hired, at Gotham Hotel in Detroit, Michigan, and later worked for Detroit Street Railways (DSR). Gibbs worked for United Airlines as a receptionist. After being transferred to Detroit and later Los Angeles, she took acting classes at the Mafundi Institute and the Watts Writers’ Workshop. In the early 1970s, Gibbs was cast in theatrical roles at the Zodiac Theater and small roles in “made for TV” movies. In 1973, Gibbs had a major supporting role in the 1973 movie Sweet Jesus, Preacher Man.

Gibbs’ big break came in 1975 at the age of forty-four when she was hired for a bit part as a household domestic named “Florence” in the CBS show The Jeffersons, a spin-off of All In The Family. Her character was a hit, and the writers decided to keep her on full-time. Gibbs quit her job at United Airlines only after the show gained widespread popularity, and she appeared in the television program as one of the main characters for all eleven seasons.

The Jeffersons were one of the top ten-rated television shows for four different years (1975, 1980, 1981, and 1982). Gibbs was nominated for prime-time Emmy Awards four times for Best Supporting Actress in a comedy series, for her role on The Jeffersons. After the show ended, Gibbs bought the rights to a play that was produced by her daughter, Angela Gibbs, called 227, and sold the show to NBC, where she played the lead role (“Mary Jenkins”) for five successful seasons.

Gibbs owned and operated Marla’s Memory Lane, a jazz club and restaurant. Her daughter, Angela, founded the Cross Roads Theater Company in Leimert Park, Los Angeles, and Gibbs owned and operated the Vision Theater Complex. She continues to play guest roles on television and is still involved in the theater. Gibbs has performed dinner theater in Overland Park, Kansas at the New Theatre Company where she was showcased in Neil Simon’s play, Proposals.