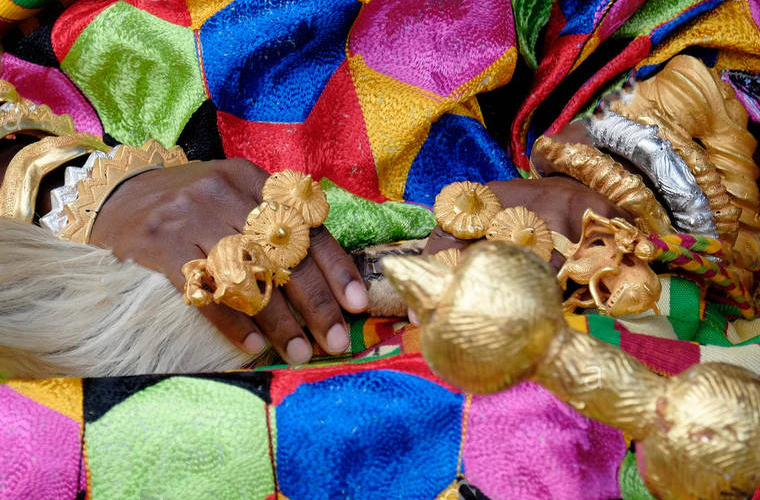 Osei Tutu, (born c. 1660—died 1712 or 1717), founder and first ruler of the Asante (Ashanti) empire (in present-day Ghana) who as chief of the small state of Kumasi came to realize (c. 1680–90) that a fusion of the small separate Asante kingdoms was necessary to withstand their powerful Denkyera neighbors to the south.

Osei Tutu had been a hostage in the Denkyera court but had escaped eastward to the powerful state of Akwamu, where he was exposed to new ideas of political and military organization. When he returned to Kumasi, some Akwamu accompanied him. One was a priest, Okomfo Anokye, who is usually given credit for introducing the legendary Golden Stool, which, according to Asante tradition, was brought down from heaven by the priest and, as the repository of the spirit of the nation, became the symbol of the mystical bond between all Asante. With a spiritual as well as the practical basis for unity, the other Asante kingdoms merged with Kumasi, and Osei Tutu led their combined forces in a successful war against the Denkyera about 1698/99–1701.

More wars followed, both to consolidate and to extend Asante conquests. During Osei Tutu’s reign as Asantehene (king of Asante), the area of Asante approximately tripled, bringing Asante into contact with the coast and the important slave and gun trade and beginning its turbulent 200-year existence as a powerful and warlike nation.

There is uncertainty regarding the year of Osei Tutu’s death. He is believed to have died in either 1712 or 1717, although 1717 is thought to be more likely.