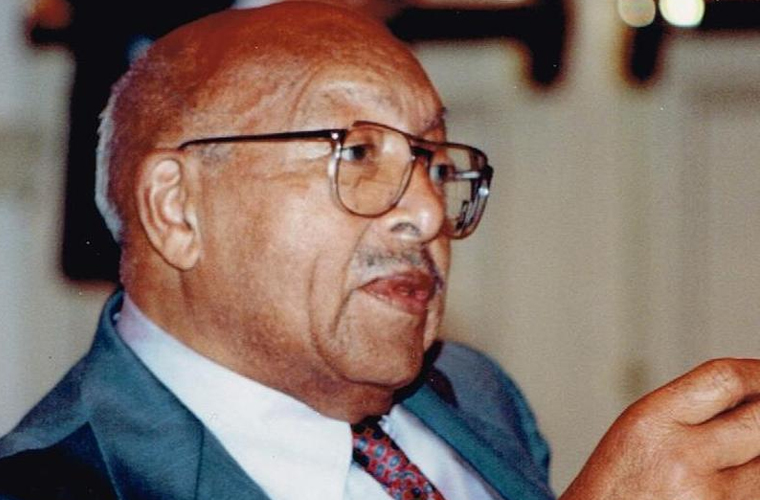 Walter Lincoln Hawkins was born on March 21, 1911. He was orphaned as a young child and was raised by his sister.  He faced a difficult upbringing in a world where it was difficult for African Americans to find adequate encouragement in education and at work. He attended the acclaimed, all-black Dunbar High School in Washington, D.C., where he showed promise in math and science and developed a sense of self-confidence that propelled him toward his dreams.

Hawkins pursued a degree in chemical engineering at Rensselaer Polytechnic Institute in Troy, New York, from where he graduated in 1932. He went on to complete a master’s degree in chemistry at Howard University and a doctoral degree at McGill University in Montreal. His specialization was cellulose chemistry.

After completing his education, Hawkins took on a postdoctoral fellowship at Columbia University. In 1942, he was offered a position at AT&T’s Bell Laboratories in Murray Hill, New Jersey, where he became the first African American scientist on staff.  Over the course of his 34-year career at Bell Labs, he developed a reputation for adding years to the life of plastics, enabling universal telephone service, and, even more, important to service providers, making it economical.

At Bell Labs, Hawkins conducted research on polymers, specifically thermal and oxidative stabilization of polymers for telecommunications. Up until about 1950, telephone cables were coated with a costly, as well as toxic, lead-based material. This was replaced with polyethylene, which was introduced after World War II by the British. Unfortunately, these early plastic coatings quickly became brittle and breakable in sunlight.

In 1956, Hawkins, along with partner Victor Lanza, invented a polymer that had all the desired characteristics. This polymer was essentially a plastic that contains a chemical additive composed of carbon and antioxidants that prevents the material from deteriorating, even in severely hot or cold weather conditions. The new material, now known as “plastic cable sheath,” went into production in the 1960s and became widely used as an inexpensive, durable, and safe coating for telecommunications wire. It is still used today to protect fiber optic cable.

Hawkins was named Head of Plastics Chemistry R&D at Bell Labs and later, Assistant Director of the Chemical Research Laboratory. In 1963, he became Bell Labs’ Supervisor of Applied Research, and in 1972, he was promoted to the department head. Among his numerous technical achievements at Bell Labs was his design of a lab test using spectroscopy to predict the durability of a plastic surface. He also contributed to the development of techniques for recycling and reusing plastics. He published three books, more than 50 scientific papers, and earned 18 U.S. and 129 foreign patents. He was also very active as a mentor of disadvantaged and minority youth; he became the first chairman of the American Chemical Society’s Project SEED (Summer Educational Experience for the Economically Disadvantaged).

In 1976, he retired from Bell Labs, but he remained active as a mentor, educator, and industrial visionary for many years after. From 1976 to 1983, he served as the research director of the Plastics Institute of America. He also taught at New York’s Polytechnic Institute and acted as a technical consultant for chemical and pharmaceutical companies.

Before his death in 1992, Hawkins was honored with a National Medal of Technology, presented to him by President George H.W. Bush.  His awards and distinctions also include the International Award from the Society of Plastics Engineers, the Percy L. Julian Award, the Distinguished Alumni Award from Howard University, and at least five honorary degrees. In 1975, he became the first black engineer to be inducted into the National Academy of Engineering. Bell Labs’ annual W. Lincoln Hawkins Mentoring Excellence Award is named in his honor. In 2010, he was inducted into the National Inventors Hall of Fame.