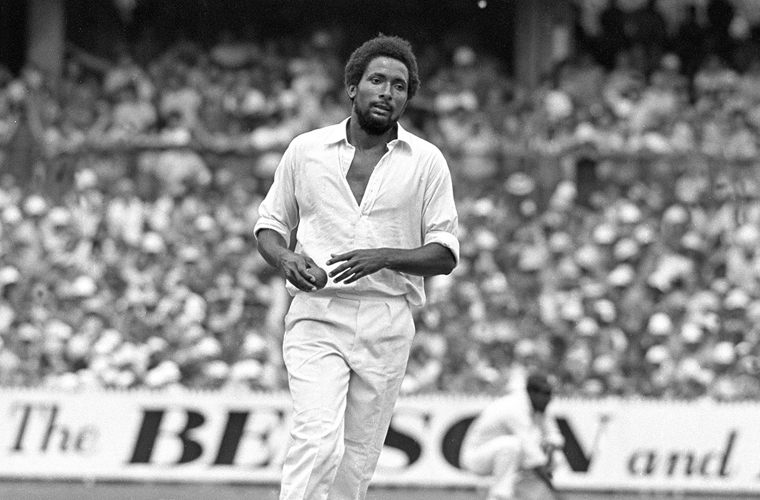 Roberts was the first player from Antigua to represent the West Indies. He was a vital member of the four-pronged pace (fast-bowling) attack that made the West Indies such a feared team in the 1970s and ’80s. The senior fast bowler on the team, he handed down his experience to the likes of Michael Holding, Joel Garner, Colin Croft, Wayne Daniel, Courtney Walsh, and Curtly Ambrose. Roberts had a moderately long run-up to the wicket, building his speed rapidly as he prepared for his delivery. He could generate steep lift and was very quick through the air. Roberts played for less than 10 years but faced some of the best teams in the world. He was not only a fast bowler but a crafty one, and he was the first bowler to use clever changes in pace to retire batsmen with bouncers (balls that are pitched short and bounce at shoulder level).

Roberts was at his best during the West Indies’ tour of India in 1975, when he was named Wisden Cricketer of the Year. He took his 100th wicket in his 19th Test (international two-innings, five-day match), faster than any other bowler to date. In only 47 Test appearances, Roberts picked up 202 wickets. Moreover, he was not unskilled as a batsman and managed three half-centuries (50-run stands) in Test competition. During the 1975 World Cup, his last wicket partnership of 60-plus runs with Deryck Murray took West Indies to a thrilling victory over Pakistan. Injuries and the emergence of young fast bowlers put an early end to his career in 1983. He served as the coach of the West Indies in the 1990s and was a member of the inaugural induction class of the International Cricket Council’s Hall of Fame in 2009.