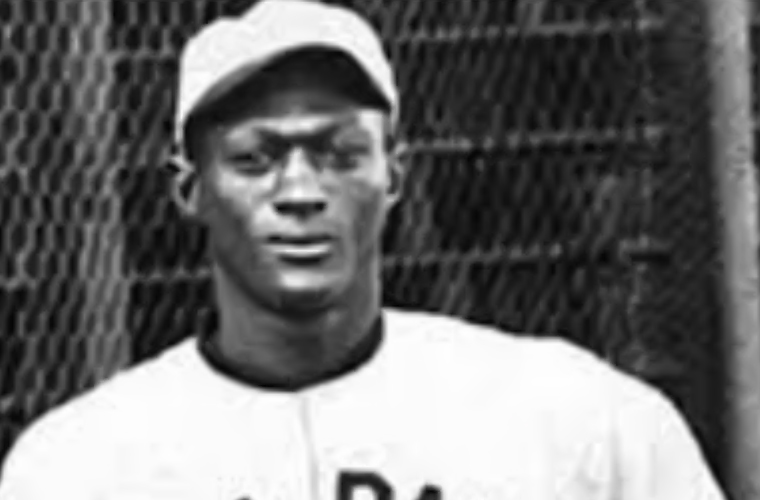 Herbert Alphonso Dixon was a Negro Baseball League (NBL) baseball outfielder. Nicknamed “Rap,” Dixon was born on September 15, 1902, in Kingston, Georgia to John and Rose Goodwin Dixon. Both of Dixon’s parents were born in Georgia; his father John was a laborer at a steel company, while his mother Rose was listed as a servant on the 1920 census report. Dixon had four siblings, Rachel L, Paul P & Pauline R (twins), and John W Dixon. While Dixon was a young boy, his family moved to Steelton, Pennsylvania.

To avoid an upcoming high school assignment of dissecting a cat in science class, Dixon went to a local sporting goods store and spent the money he had saved from working on the weekends in a steel mill to purchase a new baseball glove. Dixon took a train to Atlantic City where he played for the Bacharach Giants. After a short stay, he returned home, continued baseball with the Steelton Giants, and returned to school.

In 1922 Dixon’s career as a professional baseball player started with the Harrisburg Giants of the Eastern Colored League. The Harrisburg Giants were the highest-paid team in Black baseball at the time. Dixon played for the Washington Potomacs briefly during the 1924 season, toured Japan in 1927-1928 on an All-Star team selected by Raleigh “Biz” Mackey, and in 1928 Dixon signed with the Baltimore Black Sox where he had the best hitting season of his career. Dixon had a .315 lifetime batting average, was a five-time All-Star, and achieved a still-standing record of 14 straight hits in 1929 against the Homestead Grays.

On July 6, 1930, Dixon struck the first home run by an African American in Yankee Stadium. In 1932 Dixon played for the Pittsburgh Crawfords, called the “Yankees of Black Baseball” and was joined on the roster by Satchel Paige, Judy Johnson, Ted “Double Duty” Radcliffe, and Josh Gibson. In 1933 Dixon played in the first East-West Classic game and stole first base. During his 16-season career spanning from 1922 to 1938, Dixon also played with the Hilldale Giants, Philadelphia Stars, Brooklyn Eagles, Homestead Grays, and Newark Eagles.

Herbert Alphonse “Rap” Dixon died at the age of 41 on July 20, 1944, of a heart attack while riding on a Detroit, Michigan streetcar. He was listed as married on the Michigan death certificate, but no documentation of children has been located. Dixon is buried in Midland Cemetery in Steelton, Dauphin County, Pennsylvania. On July 11, 2015, Dixon was honored by the Borough of Steelton by naming the home dugout at Reich Field in his memory.