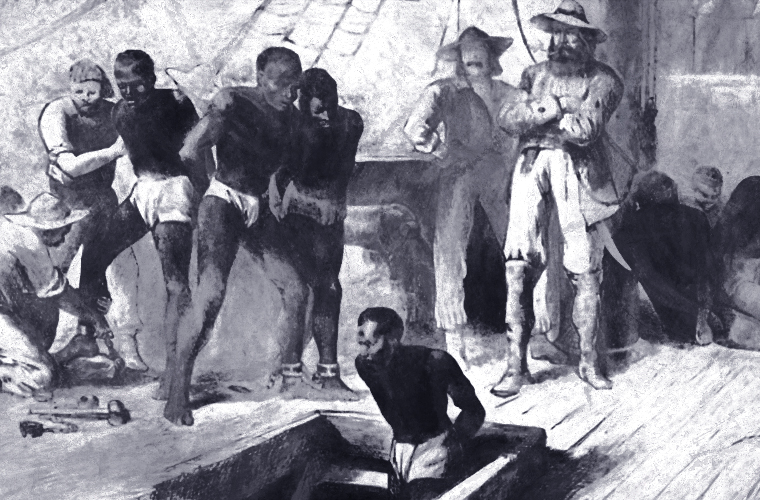 The topic of rape of the enslaved African men is one that the African-Diaspora community, and Africans back home, might shy away from. This is because it can hurt male pride. But the truth is that it must be discussed, for closure sake, and for history sake.

There are lots of dark stories about the 400 years of slavery, and beyond. Many of these dark tales are told with a little ease, but others are told with great difficulty. We at Liberty Writers Africa strongly feel that thousands more of such stories and accounts died with their victims. But for those who lived to tell their sad realities, we applaud their courage and will do our part in telling the stories, with a heavy heart.

If there is one tool that was more brutal than whips and guns, during slavery, it was RAPE. Vicious and animalistic rape of African slaves in America, the Caribbean, and other parts of the world where African slaves were sold to. The rape of women and girls by their slave masters and merchants, on ships and plantations, has been told in great length.

But the degrading rape of African slave men has not fully been accounted for. This was mostly because men did not get pregnant and give birth to bi-racial kids as proof.  Also, men were shy to speak of their experiences, so their tales were hidden in the dark corners of their memories.

It is recorded that the raping of men, was very popular in the Southern parts of America and Cuba. It was a huge part of the slave system and culture by the Spanish enslavers.

Many of these men were raped on ships when they were transported and also at secret farms. There were also season plantations for homosexual slave owners which were very popular and common in the Caribbean. On many occasions, the slave men would resist and fight, but they get killed. Well, some men would rather die than get sodomized.

Because of the great physique, strength, and stamina, many African slave men were forced by the slavers wives to sleep with them when their masters were away. The rape of enslaved African men was a well-known secret for many years during the slave trade days. Below we will outline some of the unpopular sexual exploitations of the men during slavery.

This act of “buck breaking” or “Bot bursting” involves, white slave owners and merchants raping a male slave in front of the public or entire plantation to embarrass him and cause him to feel less of a man. This heinous act became popular when there were increased cases of slave rebellion.

The men would first be stripped naked and whipped in the presence of a crowd, and after that, raped by the slave owners or merchants as a warning to other slaves. The targets were mainly the brave men, who were leaders in the plantations.

To make matters more gruesome and unbearable, the slave owners make the African slave men with families to have sex with each other in front of their families. Or they were raped in the presence of their sons. Many of the men killed themselves or ran away after this.

Buck breaking started from ships and continued in plantations. It was a way of stripping the male slaves of their pride and power to protect their families. And it was also a way for slave owners to show dominance.