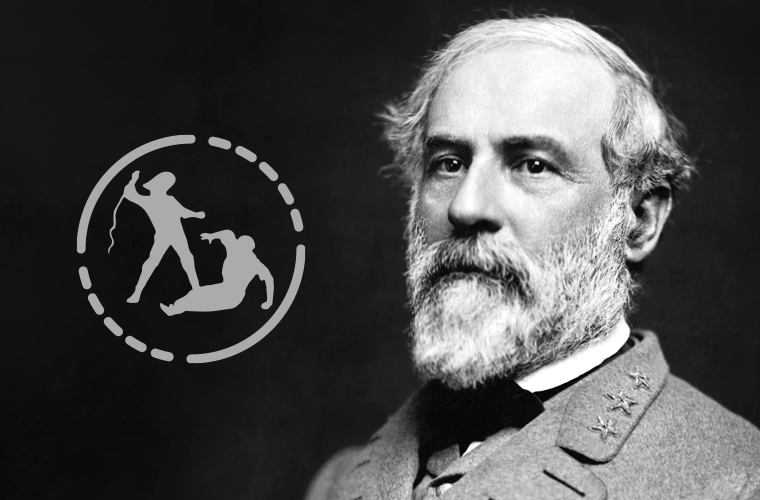 According to the Lost Cause mythology ginned up after the Civil War, Robert E. Lee was a benevolent slave owner who really fought for states’ rights. His slaves said otherwise.

Because of the current controversy surrounding Confederate monuments, Robert E. Lee’s connection to slavery crops up repeatedly, as it did most recently in a New York Times article. Complicating the discussion is that his image remains tied to the legacy of the “Lost Cause,” a postwar effort to distort the historical records. Insisting that the Confederacy had not seceded in the defense of slavery, but in defense of “states rights,” Lost Cause advocates painted slavery as beneficial to both whites and blacks, arguing the Confederacy’s leaders and soldiers were men of virtue who had merely endeavored to civilize and teach Christian values to an inferior people. In this southern revision of history, Robert E. Lee stands above all Confederate leaders as worthy of adulation; the very model of paternalistic southern gentlemen.

To challenge this image of Lee, historians have lately noted the experiences of African Americans who were the legal property of Lee’s father-in-law, George Parke Custis (George Washington’s step-grandson), who died in 1857. As executor of Custis’s last will, Robert E. Lee was charged with freeing the bondsmen within five years. Yet some of the enslaved insisted they were to be freed upon their master’s death, causing a conflict with Lee that resulted in a failed escape attempt from Arlington plantation by three of the enslaved. Under Lee’s order to “lay it on well,” each of the rebels endured up to 50 lashes and suffered excruciating pain as the wounds were bathed in brine. Lee also broke with Custis and Washington family tradition, separating most of the enslaved families under his control.

Telling an even more dishonorable story are the wartime diaries and letters were written by United States soldiers and newspaper reporters who interacted with African Americans enslaved by Lee and his family. Besides Arlington, Custis’ will also deal with two other plantations, one of which was in New Kent County, Virginia, known as White House (George and Martha Washington were married there). Robert E. Lee’s son, William H.F. “Rooney” Lee was to inherit the plantation upon his mother’s death, but he went ahead and moved there in 1859, taking control of its operations. This included managing close to 100 of the approximately 200 enslaved peoples that his father now legally possessed. By the start of the Civil War, Robert E. Lee had yet to free them as the Custis will dictate.

During the war’s 1862 Peninsula Campaign, United States troops temporarily occupied the White House plantation, with General George McClellan establishing his headquarters at the site because it lay astride a railroad running directly to the Confederate capital of Richmond. Thus, Northerners came in close contact therewith the plantation’s enslaved community.

A remarkably clear picture emerges of the life and sentiments of the peoples enslaved by Robert E. Lee and his family, based on their experiences as immediately recorded by soldiers and newspaper reporters. Such primary sources further challenge the depiction of Lee as a paternalistic slaveholder, completely dispelling the postwar creation of the “faithful slave” element of the Lost Cause. 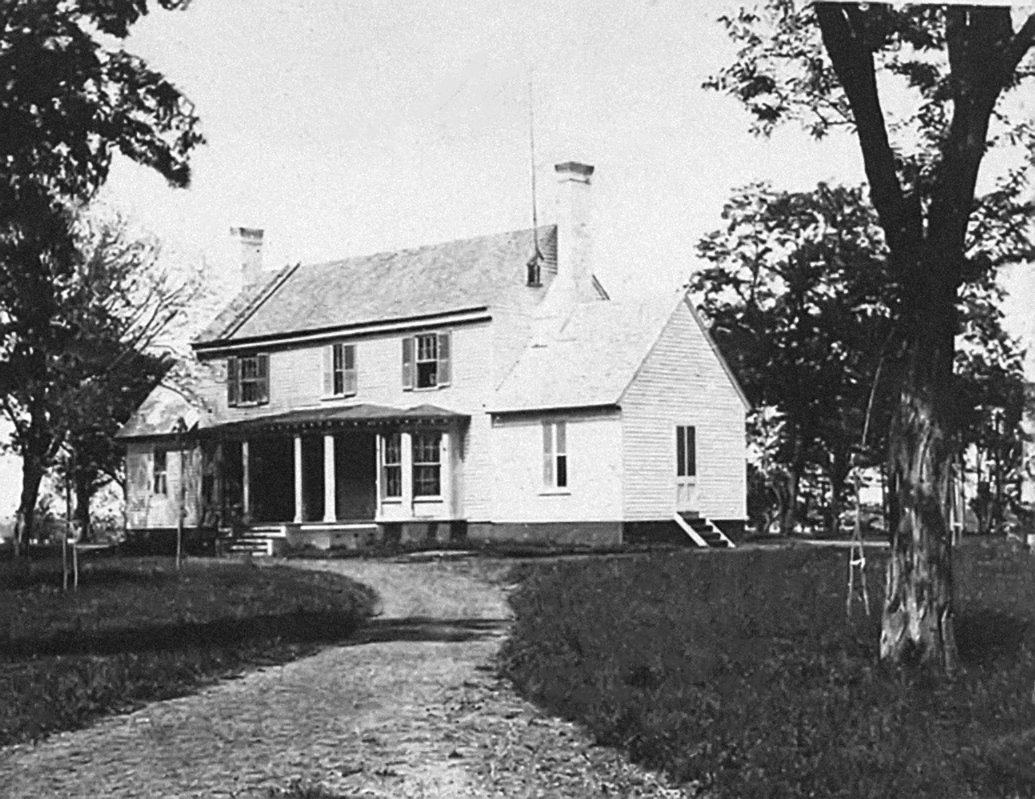 Along with his father, Rooney Lee was in Confederate service, and his mother and family fled as U.S. troops descended upon the plantation. When the Yankees arrived, only the slaves and their overseers remained. “There has been about a dozen of families of slaves lived here,” a Pennsylvania soldier explained in a letter home, noting that many of the younger black men had already fled from bondage. During the Civil War, masters attempted to frighten African Americans away from helping or joining U.S. soldiers by insisting that Northerners were evil devils who captured blacks, sending them to work in the Caribbean or South American jungles. According to a Baltimore American reporter, Lee’s family made the same vain attempt. They “told [their slaves] the usual stories about what the Yankees would do with them … but all these stories had no effect.”

Lee’s slaves immediately revealed that the family’s lies had not fooled them, showing any loyalty to their fleeing masters. One soldier recorded in his diary that the overseer “told the darkies not to cook anything for the Yankees.” Nevertheless, the African Americans “were very kind to us & [gave] us corn cake, eggs, fresh herring, & salmon.” This was the beginning of a mutually beneficial relationship.

Referring to the infamous evil character in Uncle Tom’s Cabin, a Philadelphia Inquirer correspondent described Lee’s overseer as having “the look of Legree,” noting he told the enslaved community “he would cut them to pieces” for aiding the Yankees. Instead of cowering, an enslaved woman reported the overseer’s bullying to the Yankees. “A corporal [then] went to him, and . . . threaten[ed] to drown him” in the York River.  Emboldened, Lee’s slaves “refuse any longer to recognize [the overseer’s] authority.” The New York World’s correspondent noted that if the overseer tried to punish the slaves “there will be one less slavedriver.”

The enslaved community’s living conditions on the Lee plantation were disgusting. “The more I see of slavery, the more I think it should be abolished,” a soldier opined. Another described the “long rows of ‘quarters,” containing “log huts with no windows … holes in the walls, and only a mud floor.” A New York officer was blunter: “Their quarters look like a village of pigsties.”

An Inquirer reporter described the Lee slaves as “ragged, dirty, and the smallest nearly naked.” Few had ever been off the plantation their entire life. “There were all sorts of darkies there,” one soldier noted, “stalwart field hands, old worn-out men … “Topsies” carrying buckets of water on their heads, strong-limbed boys, and little toddlers running around [barely clothed].” It is no wonder the Lee slaves “were a happy set of darkies when they learned that they were free.”

The enslaved community’s Christian beliefs were heavily rooted in the Old Testament, believing God would eventually free them as he had the Jews of the Exodus. The Lee slaves felt that day had arrived. One U.S. soldier attended “an outdoor jubilee meeting,” noting how the enslaved preacher delivered a sermon that was “not exactly Scripture, but it came near the truth.” When an army chaplain addressed the gathering, the community’s religious fervor and excitement at deliverance made for a “wild scene.” One correspondent noted, “We found most of the negroes in a high state of glee. They felt, on the arrival of the Union Army, that their chains were broken.”

The Philadelphia Press correspondent noticed many of the slaves replacing their slave rags with Union uniforms, “some of them completely, others partially.” He then offered an assessment of Lee’s stewardship: “I apprehend the slaves of the rebel Lee are much better clothed now than when he was here to look after their wants.” It was abundantly clear that the slaves showed no loyalty to the Lee family or the Confederacy: “everyone to whom I have spoken would fight for [Lincoln] if he was called upon.”

The New York Times got the most personal interview with a woman enslaved by Lee at White House. “Robert Meekum and his wife Diana are the leading colored people on this plantation,” the paper reported. Robert was an “advisor … in both spiritual and temporal affairs” on the plantation, and officers immediately sought his aid in organizing the African Americans to work for the U.S. Army. The long-time couple lived in one of those “pigsty” huts, crammed with “several children, grandchildren, and hens and chickens.”

Years before, Lee’s father-in-law sold a child away from Diana, and it was a pain from which she had never recovered. Despite hopes that she would live “to see de day when all would be free,” she had come close to losing faith. There was no expectation that Robert E. Lee would willingly free anyone. Yet with her husband now assisting the United States Army as it prepared to assault the Confederate bastion of Richmond, she happily exclaimed, “Now I know I had a Lord and Savior, and I thank him.”

Noting that Lee was in Confederate service, the correspondent asked Diana if she was worried he might be killed.  She simply shrugged off the question, indifferently replying, “‘De Lord[’s] will be done unto him.”

Clearly, Diana and her fellow enslaved community had no affection for the family and the man that held them in bondage and were more than willing to aid his enemies. It is well past time for us to consider this perspective when assessing Robert E. Lee and the fate of his statues and memorials.