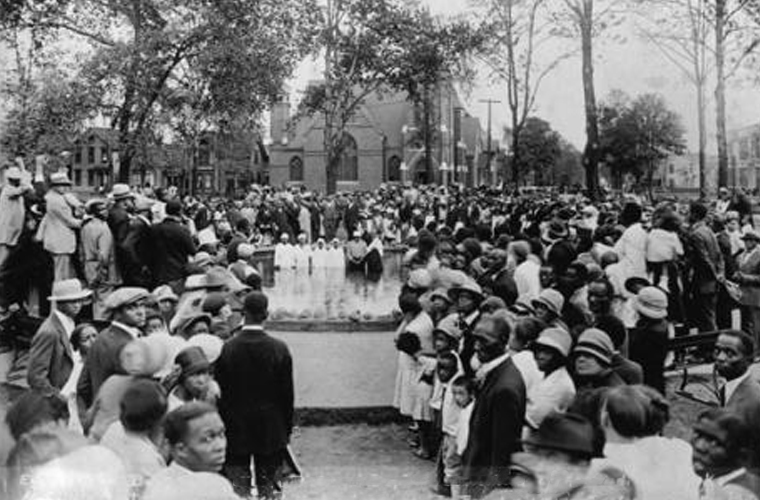 The NBC was rooted in the Consolidated American Baptist Missionary Convention (CABMC), which was formed in the 1860s and provided a platform for black Baptists at that time. The CABMC’s survival was contingent on the support of northern white Baptists and lost its funding after Reconstruction. In 1890, the call for a national black Baptist organization was renewed when a controversy arose in the religious publishing world. The Baptist Teacher, published by the white-run American Baptist Publication Society, asked three black Baptist authors to write for the publication. The white Southern Baptist Convention complained and the editors rescinded the offer.  Black Baptists were offended and angered. The National Baptist Convention was formed in 1895 in order to unite black Baptists and consolidate their influence. Elias Camp Morris was elected the first president and served until his death in 1921.

The NBC USA split again in 1961, this time over the issue of civil rights. Convention president Joseph Harrison Jackson promoted a conservative approach to civil rights, in contrast to Reverend Martin Luther King Jr.’s nonviolent civil disobedience. While King did not wish to cause a schism, his supporters encouraged him to run for president. King and his allies eventually left the NBCUSA and formed the Progressive National Baptist Convention.