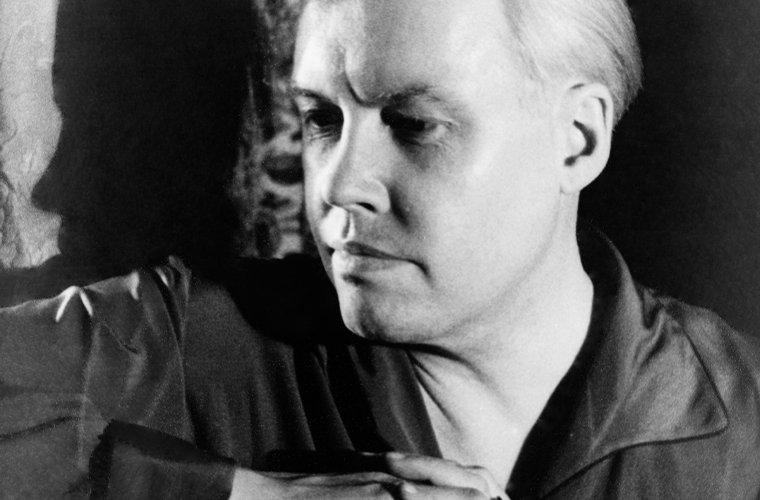 Carl Van Vechten was born on June 17, 1880, in Cedar Rapids, Iowa. At an early age, he developed an interest in music and theater, which he found hard to satisfy in his hometown. He left Iowa in 1899 to attend the University of Chicago. In Chicago, he was able to explore art, music, and opera. He became interested in writing and contributed to the University of Chicago Weekly. After college, Van Vechten’s first job was with the Chicago American. In addition to covering a broad range of topics, he was occasionally asked to provide photographs to go along with his copy.

In 1906, when Van Vechten moved to New York City, he was hired as the assistant music critic at the New York Times. His interest in opera prompted him to take a leave of absence from the Times in 1907, to examine this art form in Europe. While in England he married his long-time friend from Cedar Rapids, Anna Snyder. The marriage would end in divorce in 1912.

Van Vechten returned to his job at the New York Times in 1909 and soon became the first American critic of modern dance. At that time, Isadora Duncan, Anna Pavlova, and Loie Fuller were performing in New York. In 1914, Van Vechten married actress, Fania Marinoff. He left his full-time newspaper job in the spring, but he continued to write and published several collections of his essays relating to music, ballet, and cats. Peter Whiffle: His Life and Works, Van Vechten’s first novel, was published in 1922.

Van Vechten became very interested in promoting black artists and writers. He was an avid collector of ephemera and books pertaining to black arts and letters and a frequent visitor to Harlem. These experiences provided the inspiration for his controversial novel, Nigger Heaven, which was published in 1926. In the future, he would photograph many of the creative people he met in Harlem.

In the early 1930s, Miguel Covarrubias introduced Van Vechten to the 35mm Leica camera. He began photographing his large circle of friends and acquaintances. His earlier career as a writer and his wife’s experience as an actress provided him with access to both fledgling artists and the established cultural figures of the time. Some of his subjects from this period include F. Scott Fitzgerald, Langston Hughes, Alfred A. Knopf, Bessie Smith, and Gertrude Stein.

Van Vechten’s portraits are frequently busts or half-length poses, in front of bold backdrops. Dancers were usually photographed on stage. Van Vechten did his own darkroom work but frequently used an assistant to help set up lights for the portrait sittings.

During World War II, Van Vechten volunteered at the Stage Door Canteen. Top-notch entertainers frequently performed there for servicemen. Saul Mauriber, one of the busboys under Van Vechten’s supervision, began working as his photographic assistant and remained in this capacity for twenty years. Mauriber was also responsible for organizing Van Vechten’s photographs and eventually became the photographic executor for Van Vechten’s estate.

Van Vechten’s photographs have been widely exhibited and frequently used as illustrations in books and magazines. He felt very strongly that his collection of manuscripts, letters, clippings, programs, and photographs, many pertaining to creative blacks, should be available for scholarly research. With this in mind, during his lifetime, he presented various parts of his collection to several university libraries. The Library of Congress acquired its collection of approximately 1,400 photographs in 1966 from Saul Mauriber.

Van Vechten remained active, writing and photographing, up until his death in 1964.