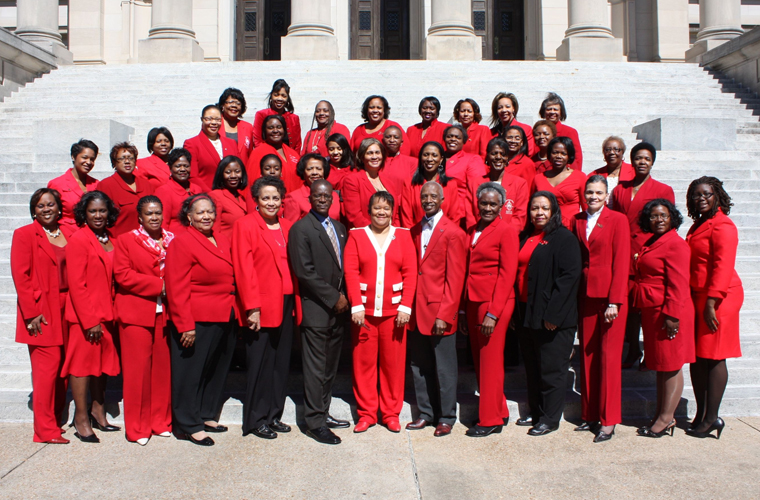 Delta Sigma Theta Sorority, Inc. (Delta), one of four college sororities for African American women, was founded on January 13, 1913, on the campus of Howard University in Washington, D.C. by 22 collegiate women. Delta is a nonprofit organization whose principles are Sisterhood, Leadership, and Service. It is the largest black Greek-letter sorority in the world with over 900 chapters and more than 350,000 members in the United States, England, Japan (Tokyo and Okinawa), Germany, the Virgin Islands, Bermuda, the Bahamas, and the Republic of (South) Korea.

Delta is noted for its exemplarity of national programs.  In 1937, the sorority began its first national program, the National Library Project, to establish a traveling library that would serve rural areas of the South.  In 1941 it became the first sorority to provide a program of employment counseling and career development for black women.  Its 1955 Forward Thrust program promoted educational and economic development, political involvement, international awareness, and physical and mental health.  Its recent programs have included a partnership with Habitat for Humanity (1993) to build homes in the United States and Africa, and a 2003 program called the Delta Homeownership Initiative to encourage home buying among African Americans.

For more than 30 years the Delta Academy (now the Dr. Betty Shabazz Delta Academy) has provided an opportunity for local chapters to assist young girls (ages 11-14) in improving their academic skills through after-school enrichment programs, Saturday school workshops, or biweekly meetings. Delta members volunteer their time to help the most inner-city and rural girls develop their math, science, and technology skills in preparation for college or the workplace.

In March 2003 Delta became the first black Greek-letter organization to be named a Non-Government Organization (NGO) by the United Nations.  Assistant Secretary Attorney General for External Affairs, Gillian Sorensen, asked members of the Sorority to “monitor the status of women and children around the world and bind together with other NGOs to ensure that the UN honors its commitments.” Delta members were granted Special Consultative Status which allows them to oversee, provide expertise, and implement international agreements that are of mutual concern to the United Nations and the sorority, including child hunger and sexual and worker exploitation.

Delta’s global outreach began when it financed the Thika Maternity Hospital which opened in Thika, Kenya in 1963.  The sorority recognized the need for a safe, sterile, and modern place for African women to give birth.  By 1985, the Sorority had financed the construction of two additional maternity wards at the hospital.  Thika Hospital, now called Mary Help of the Sick Mission Hospital, has 120 beds and its doctors see over 200 women each day who receive various services.