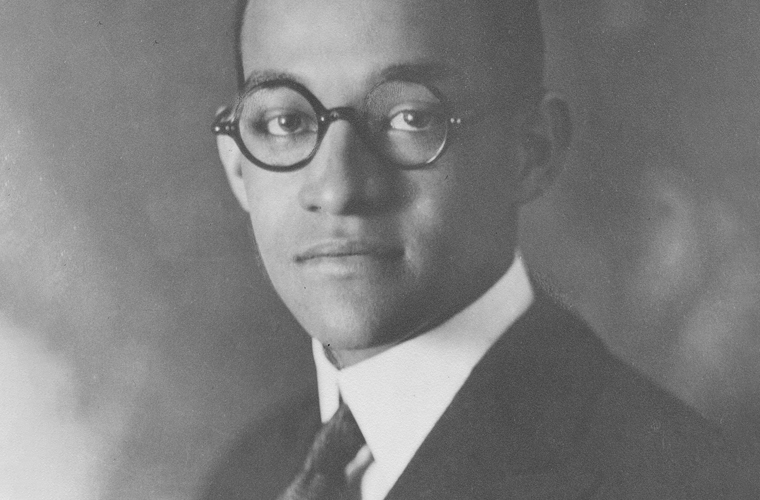 Raymond Pace Alexander, a prominent civil rights activist, jurist, and Harvard-trained attorney was born on October 19, 1897 in Philadelphia to a family of seven,  His father Hillard Boone Alexander, and his mother Virginia Pace, both were former slaves who migrated to Philadelphia from Virginia in 1880, met there and married in 1882.  Alexander’s father was a “riding master” who gave horseback riding lessons to wealthy Philadelphia whites.  His mother, Virginia, died of pneumonia when Alexander was eleven.

Young Alexander took a variety of jobs to help support the family including working on the docks, operating a bootblack stand, and selling newspapers.  Between the ages of six and sixteen, he worked at the Metropolitan Opera House in North Philadelphia. Jack Beresin, the owner of the Met, recognizing his academic abilities, arranged for Alexander to get a scholarship to attend the prestigious all-boys Central High School.  Alexander graduated from the institution as Valedictorian in 1917.

Alexander gained lifelong acquaintances and friends at Harvard and parlayed the experience into a myriad of successes upon his return to Philadelphia.  He and Sadie established the most successful black law firm in Philadelphia.  In 1929 Alexander became president of the National Bar Association, a newly formed organization of African American attorneys across the United States.  As head of the fledgling organization, Alexander encouraged black attorneys across the nation to become civil rights advocates and provided the legal direction that ultimately led the courts to move toward rendering more equitable decisions regarding blacks.

In 1935 Alexander became instrumental in the enactment of the Pennsylvania Civil Rights Bill. He also served as counsel for the National Association for the Advancement of Colored People (NAACP) in a number of high profile cases that ended de jure segregation in Pennsylvania public schools in the 1930s.  By 1939 Alexander’s reputation had been so firmly established that Thurgood Marshall presented a brief for Alexander’s review that provided the framework for the Brown v. Board of Education decision of 1954.  Alexander served on the Philadelphia City Council from 1951 to 1958.  In January 1959 Pennsylvania Governor George M. Leader appointed Alexander to fill a vacancy as a judge in the Common Pleas Court of Philadelphia.  He retained a position on the bench until his death in Philadelphia on November 24, 1974.