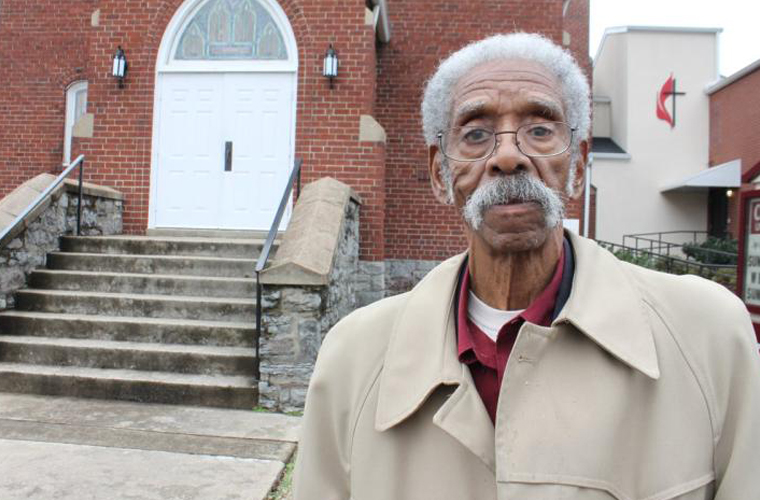 Matthew Walker Jr. wants to make one thing perfectly clear: Regardless of what anyone says, Martin Luther King, Jr., had every intention of boarding a bus bound for Jackson, Miss., in May of 1961, and joining the Freedom Rides. Walker knows this for a fact because he was part of the group that talked the iconic civil-rights leader out of it. On May 23, Walker and Dr. King were in the Montgomery, Ala., home of Dr. Richard Harris, a local pharmacist. King was sitting in an armchair, talking to a gathering of Freedom Riders days after angry mobs had beaten them in the Alabama capital. The bus was scheduled to depart for Jackson, Miss., the next morning. Walker was seated near King’s feet. “I knew that if people were hurt in Alabama, people would surely be killed in Mississippi,” Walker says, before rattling off the names of Emmett Till, Charles Parker, and a host of others who had been lynched in the state in the previous decade. “We knew that ride from Montgomery to Jackson would be most perilous.”

King opened the meeting by saying he wanted to ride the bus because “it was the thing to do.” But Walker and others in the room objected strenuously. “We didn’t want to lose him,” he says. “And we were convinced somebody was going to get killed.” So certain were they about the possibility of dying in Mississippi the following day, Walker and others in attendance at the meeting wrote out their last wills and testaments. The scene is etched in Walker’s memory: “I can remember telling Dr. King, ‘No, Martin, don’t get on that bus. You’re the general. You need to stay back at headquarters. Let the troops to the front line.’ I told him his loss would be a great setback for the movement. Leave the riding to us.”

The discussion went on for hours before King finally relented. To anyone who claims that Martin Luther King was unwilling to put his life on the line, Walker states plainly, “I was at the meeting. And Dr. King did want to get on the bus when the ride was perceived at its most dangerous.” Walker, who grew up in Nashville, Tenn., says he experienced racism for the first time as a small boy when he and his mother waited to cross a street alongside a white woman and her child. The white boy turned and noticed young Matthew and his mother, and said, “Look, mommy, two of them. Two niggers.”

Walker’s father, a renowned surgeon, worked at a black hospital but his talents were so revered that white hospitals frequently requested his services. The family could afford a private school and Walker attended Father Ryan, a Catholic high school that had been integrated in September 1954. Nonetheless, he faced racism every day.

“You had a choice: Either accept insults or seek redress. I chose the latter course of action.”

“The white students would try you,” he says. “And you had a choice: Either accept insults or seek redress. I chose the latter course of action, more often than not. I had to learn how to fight. And I did. As a matter of fact, I became proficient.” So proficient that he says he once knocked down his opponent two or three times during the championship match of the intramural boxing tournament, yet he has still declared the loser. Many of the students who attended the event — whites included — found this decision unacceptable, booing vehemently, “White racists and all,” he says.

Such unfairness also extended to the classroom. Once, when he solved a geometry problem that no other classmate was able to crack, his teacher accused him of cheating. “You weren’t supposed to be smart,” Walker says. “The story was (if) you’re black, you’re dumb, you’re inferior, etc. I was a disturbance. The teachers didn’t care about blacks.” And that went for the priests and nuns who taught there, too.

The many cuts Walker endured opened a gaping wound. He was raging inside, and by the time he enrolled at Fisk University in the fall of 1959, he was ready to fight segregation, though he knew he could no longer rely on his fists. The Nashville Movement was getting underway, and Walker joined in after hearing at church about a training workshop in nonviolent techniques.

The Rev. James Lawson, who had studied the tactics employed by Mohandas Gandhi in India, had come to Nashville to teach them to local college students. By Thanksgiving, nonviolence workshops were underway in a back room at Clark Memorial Methodist Church. The room is now the office of the church pastor, but more than 50 years ago, it was used for decidedly different purposes: Here, students from the city’s historically black colleges — Fisk, Tennessee A&I (now Tennessee State University) and American Baptist Theological Seminary — would be spat upon, cussed out and called all sorts of vile names to prepare them for what they might encounter during sit-ins at local lunch counters. Future Georgia Congressman John Lewis attended, along with a group of civil-rights luminaries that included James Bevell; Diane Nash; Bernard Lafayette; C.T. Vivian; Marion Barry, the future mayor of Washington, D.C.; and Angeline Butler, who now teaches about the civil-rights movement at John Jay College in New York.

They began testing the lunch counters in downtown Nashville in the Fall of ’59, sitting at the whites-only counters to gauge reactions, and they would exit as soon as they were told to leave. However, after four students started a sit-in campaign at a Woolworth’s in Greensboro, N.C., on Feb. 1, 1960, the Nashville students knew it was time to take action. Less than two weeks later, on Feb. 13, Walker joined a group of more than 100 students who walked into three neighboring stores on Fifth Avenue in downtown Nashville. The protesters demonstrated for about two hours and left without incident.

Greensboro may have come first but the students in Nashville mustered the largest sit-in movement in the country. Things didn’t always end peacefully, but Walker kept his involvement nonviolent, even when pushed to the limit. During one demonstration a white man punched Walker in his face, knocking out two front teeth. Walker took the blow and never swung back.

The sit-ins continued through the spring, as students were arrested and beaten, but after a bombing at the home of the lawyer representing them, a march of thousands led to negotiations and the desegregation of lunch counters on May 10. More than 50 years later, Nashville is decorated with historical markers, yet no monument of any kind exists to commemorate what happened at those now long-gone downtown stores — a situation Walker says he’s trying to rectify.

Today, Walker occasionally travels the country as a community organizer, though he appears frail and worn down as if bearing the weight of the movement he served so well. He shuffles about his home, the same one his father built, and his vision is failing, forcing him to rely on sound to get around. His smile shows the evidence of what he endured in the 1960s: His two top front teeth are still missing, and others have followed suit. “It was a sacrifice,” he says, recalling the battles of his youth. “But looking at the big picture, it was worth it. We made a lasting change. If I had to do it all over again, I would.”

Walker died at his home in Nashville in 2016.