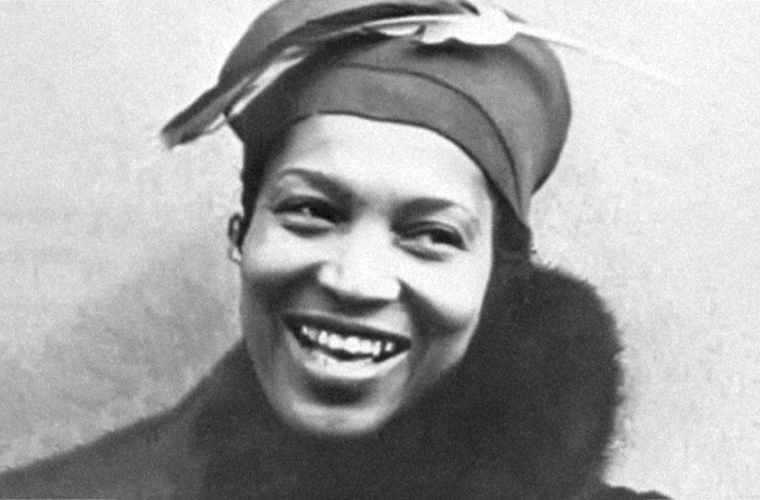 Poet, lyricist, short story writer, and playwright Georgia Douglas Johnson was born to George and Laura Douglas Camp in Atlanta, Georgia, on September 10, 1877.  Johnson graduated from Atlanta University in 1896, attended Oberlin Conservatory of Music in 1902, and married Henry Lincoln Johnson, a prominent attorney, in 1903.  In 1910 Johnson moved with her husband and two sons to Washington, D.C, when her husband was appointed Recorder of Deeds for the District of Columbia by President William Howard Taft.  Johnson spent the next fifty years in the nation’s capital, living a multifaceted and complex life as a mother, housewife, music teacher, civil service clerk, writer and social hostess for Washington D.C’s black middle class. After her husband’s death in 1925, Johnson worked as Commissioner of Immigration Conciliation for the Department of Labor to support herself and her two sons.

Unlike her Renaissance peers, Johnson initially focused on feminist themes, including motherhood, love, loneliness, and imagination in her first collection of poems. With the appearance of Bronze in 1922, she began to examine racial themes including the impact of lynching on black families and communities, miscegenation, passing, and race-based oppression.

Johnson, perhaps the most anthologized woman poet of the Renaissance, was specifically interested in exploring and emphasizing female sexuality, intense sensuality, and passion in her poetry suggesting the influence of traditional, romantic, and Victorian femininity.  Yet Johnson’s poems also resisted patriarchal sexuality that designated women as male property and that condemned homoeroticism as immoral.  Even though there is no evidence that Johnson was lesbian, she surrounded herself with and her poetry was influenced by lesbian and gay women and men, including Hughes, Nugent, Locke, and Thurman, whom she called her “sons” and who in turn referred to her as “mother.”

Although Johnson’s reputation as a contributor to the Harlem Renaissance had faded by the time of her death in Washington, D.C. on May 14, 1966, she is now experiencing her own renaissance as a new generation of scholars and the public have recently rediscovered her work.