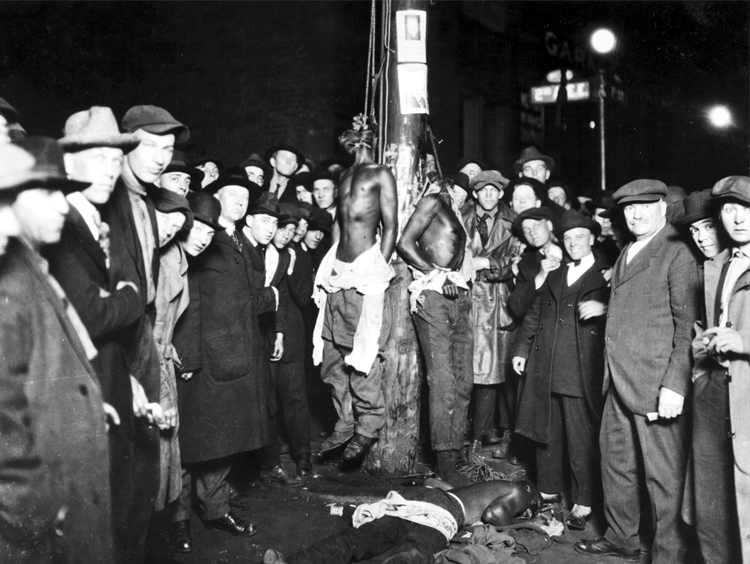 The cliché is that Americans have a short memory, but since Saturday, a number of us have been arguing over medieval religious wars and whether they have any lessons for today’s violence in the Middle East.

For those still unaware, this debate comes after President Obama’s comments at the annual National Prayer Breakfast, where—after condemning Islamic radical group ISIS as a “death cult”—he offered a moderating thought. “Lest we get on our high horse and think this is unique to some other place, remember that during the Crusades and the Inquisition, people committed terrible deeds in the name of Christ. In our home country, slavery and Jim Crow all too often were justified in the name of Christ … So this is not unique to one group or one religion. There is a tendency in us, a sinful tendency that can pervert and distort our faith.”

It’s a straightforward point—“no faith has a particular monopoly on religious arrogance”—that’s become a partisan flashpoint, as conservatives harangue the president for “equating” crusading Christians to Islamic radicals, accuse him of anti-Christian beliefs, and wonder why he would mention a centuries-old conflict, even if it has some analogies to the present day.

What we have missed in the argument over the Crusades, however, is Obama’s mention of slavery and Jim Crow. At the Atlantic, Ta-Nehisi Coates puts his focus on religious justifications for American bondage, and it’s worth doing the same for its postbellum successor. And since we’re thinking in terms of religious violence, our eyes should turn toward the most brutal spectacle of Jim Crow’s reign, the lynching.

For most of the century between the two Reconstructions, the bulk of the white South condoned and sanctioned terrorist violence against black Americans. In a new report, the Alabama-based Equal Justice Initiative documents nearly 4,000 lynchings of black people in 12 Southern states—Alabama, Arkansas, Florida, Georgia, Kentucky, Louisiana, Mississippi, North Carolina, South Carolina, Tennessee, Texas, and Virginia—between 1877 and 1950, which the group notes is “at least 700 more lynchings in these states than previously reported.”

For his victims, “Judge Lynch”— journalist Ida B. Wells’ name for the lynch mob—was capricious, merciless, and barbaric. C.J. Miller, falsely accused of killing two teenage white sisters in western Kentucky, was “dragged through the streets to a crude platform of old barrel staves and other kindling,” writes historian Philip Dray in At the Hands of Persons Unknown: The Lynching of Black America. His assailants hanged him from a telephone pole, and while “the first fall broke his neck … the body was repeatedly raised and lowered while the crowd peppered it with small-arms fire.” For two hours his corpse hung above the street, during which he was photographed and mutilated by onlookers. Finally, he was cut down and burned.

More savage was the lynching of Mary Turner and her unborn child, killed for protesting her husband’s murder. “Before a crowd that included women and children,” writes Dray, “Mary was stripped, hung upside down by the ankles, soaked with gasoline, and roasted to death. In the midst of this torment, a white man opened her swollen belly with a hunting knife and her infant fell to the ground, gave a cry, and was stomped to death.”

These lynchings weren’t just vigilante punishments or, as the Equal Justice Initiative notes, “celebratory acts of racial control and domination.” They were rituals. And specifically, they were rituals of Southern evangelicalism and its then-dogma of purity, literalism, and white supremacy. “Christianity was the primary lens through which most southerners conceptualized and made sense of suffering and death of any sort,” writes historian Amy Louise Wood in Lynching and Spectacle: Witnessing Racial Violence in America, 1890–1940. “It would be inconceivable that they could inflict pain and torment on the bodies of black men without imagining that violence as a religious act, laden with Christian symbolism and significance.”

The God of the white South demanded purity—embodied by the white woman. White southerners would build the barrier with segregation. But when it was breached, lynching was the way they would mend the fence and affirm their freedom from the moral contamination, represented by blacks and black men in particular. (Although, not limited to them. Leo Frank, lynched in 1915, was Jewish.) The perceived breach was frequently sexual, defined by the myth of the black rapist, a “demon” and “beast” who set out to defile the Christian purity of white womanhood. In his narrative of the lynching of Henry Smith—killed for the alleged rape and murder of 3-year-old Myrtle Vance—writer P.L. James recounted how the energy of an entire city and country was turned toward the apprehension of the demon who had devastated home and polluted an innocent life.”

James wasn’t alone. Many other defenders of lynching understood their acts as a Christian duty, consecrated as God’s will against racial transgression. “After Smith’s lynching,” Wood notes, “another defender wrote, ‘It was nothing but the vengeance of an outraged God, meted out to him, through the instrumentality of the people that caused the cremation.’ ” As UNC-Chapel Hill, Professor Emeritus Donald G. Mathews writes in the Journal of Southern Religion, “Religion permeated communal lynching because the act occurred within the context of a sacred order designed to sustain holiness.” The “sacred order” was white supremacy and the “holiness” was white virtue.

I should emphasize that blacks of the era understood lynching as rooted in the Christian practice of white southerners. “It is exceedingly doubtful if lynching could possibly exist under any other religion than Christianity,” wrote NAACP leader Walter White in 1929, “No person who is familiar with the Bible-beating, acrobatic, fanatical preachers of hell-fire in the South, and who has seen the orgies of emotion created by them, can doubt for a moment that dangerous passions are released which contribute to emotional instability and play a part in lynching.” And while some church leaders condemned the practice as contrary to the Gospel of Christ—“Religion and lynching; Christianity and crushing, burning and blessing, savagery and national sanity cannot go together in this country,” declared one 1904 editorial—the overwhelming consent of the white South confirmed White’s view.

The only Southern Christianity united in its opposition to lynching was that of black Americans, who tried to recontextualize the onslaught as a kind of crucifixion and its victims as martyrs, flipping the script and making blacks the true inheritors of Christian salvation and redemption. It’s that last point that should highlight how none of this was intrinsic to Christianity: It was a question of power, and of the need of the powerful to sanctify their actions.

Still, we can’t deny that lynching—in all of its grotesque brutality—was an act of religious significance justified by the Christianity of the day. It was also political: an act of terror and social control, and the province of private citizens, public officials, and powerful lawmakers. Sen. Ben Tillman of South Carolina defended lynching on the floor of the U.S. Senate, and President Woodrow Wilson applauded a film that celebrated Judge Lynch and his disciples.

This is all to say that President Obama was right. The vastly different environments of pre-civil rights America and the modern-day Middle East belies the substantive similarities between the fairly recent religious violence of our white supremacist forebears and that of our contemporary enemies. And the present divide between moderate Muslims and their fanatical opponents has an analog to our past divide between northern Christianity and its southern counterpart.

This isn’t relativism as much as it’s a clear-eyed view of our common vulnerability, of the truth that the seeds of violence and autocracy can sprout anywhere, and of the fact that our present position on the moral high ground isn’t evidence of some intrinsic superiority.

California is named after a black queen